Video documentation of the exhibition at Mali Salon Gallery, Museum of Modern and Contemporary Art Rijeka, Croatia (May 2013) 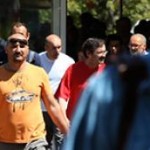 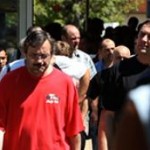 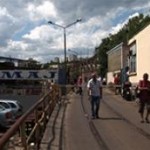 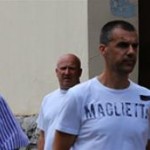 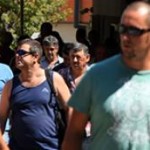 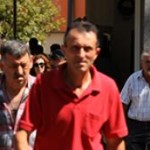 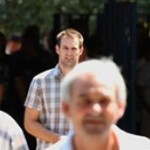 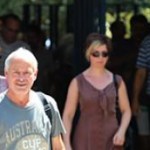 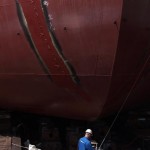 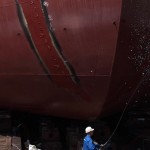 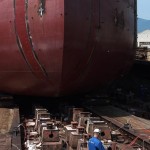 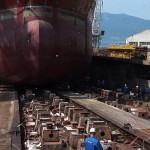 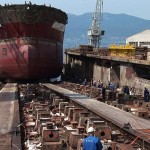 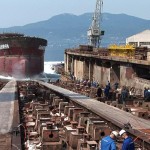 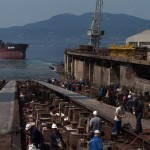 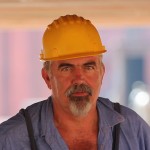 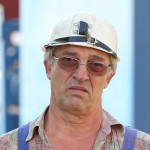 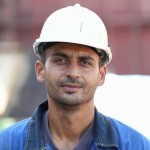 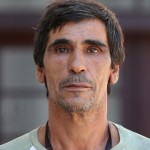 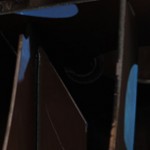 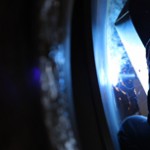 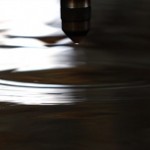 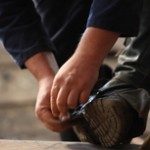 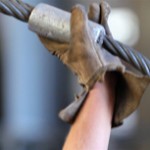 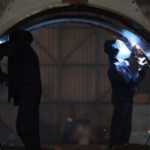 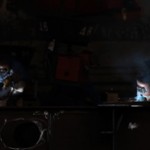 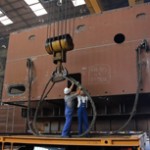 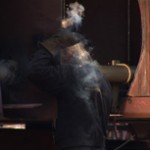 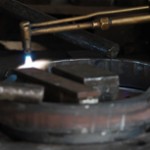 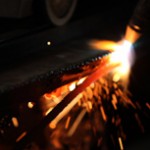 (Contact me for Vimeo passwords to view the integral video files of: 3 synched channels showing working processes and workers exiting the shipyard, 1 channel with ship launching, 1 channel with video portraits of workers)

Moment of Silence is a co-authored project by two video artists from Rijeka and Split – Nadija Mustapić and Toni Meštrović.

It was produced in the period from 2012 to 2013 at 3. Maj shipyard in Rijeka and Brodosplit shipyard in Split, in cooperation with the shipyard workers. The audio and video material from Split and Rijeka shipyard locations have been edited into a multi-channel installation, which is organized through eight audio and five video channels (three synchronous and two independent) to fill the entire gallery space.

Unlike the classical documentary approach, the video sequences in Moment of Silence do not aim to illustrate ship-building phases nor do they intend to portray individual workers who are involved the building processes. Rather, they aim to convey sheer aesthetics of the industrial spaces and processes into an immersive sensory experience (smells, weight, tactility, sounds, tension, danger..). Rhythmic sequencing of editing and the exchange of subjective and objective film frames lure the viewer deeper into the work processes. The focus is placed on specific values of work processes in the shipyards, on the knowledge and skills that define the labor and the laborers.

Moment of Silence shows how individual values are translated into local tradition and production and how they relate with national and global economies.

Behind the current economic and political issue of the privatization of both shipyards and the end of the ship-industry tradition in Croatia, there is a socially marginalized intensive labor to which the shipyard workers are exposed to within the industry‘s processes. For that reason, workers are placed in the foreground of this piece – their movement that shapes the space, their gestures and actions. The installation‘s intent is to gear the attention towards specific skills and individual efforts, which compound an entire tradition, but which are overlooked and omitted from the context of a wider public discourse on the fate of shipyard industry in Croatia. The leading thread of this project is suggested by its very title. It implicates the fragility of identity, the existential and economic uncertainty and the post-transitional anxiety, and reflects the situation that equally permeates local and global contexts.

One video projection shows close-up video portraits of workers, who one by one stare silently for one minute at the camera lens, i.e., at the viewer, i.e., at the opposite projection. The video on the opposite wall shows a slowed-down image of ship-launching, which, considering the current condition of Croatian shipyard industry, contains a whole new layer of meaning.

The remaining three synchronous video channels display parts of work process (welding, turning, sanding and grinding, forging, transporting, assembling, mounting of fragments…). These sequences emphasize human energy invested into physical process of the transformation of materials and are rhythmically interrupted by sequences of workers exiting the factories. They mark the finish of each working day, but they also allude to the upcoming of the last day at work. The juxtaposition of the images showing work processes and the images of workers leaving the factories highlights the instability of identity and local (artisan) tradition. The sequences portraying quotidian work routines depict identities of workers who are seen as subjects within an industrial environment. Even though we do not see explicit facial portraits, their gestures and movements encapture certain authority. In contrast with those sequences, the imagery of people exiting factories do contain explicit portraits and workers‘ facial expressions, but they seem to lack the identity and authority since their ′civilian′ outfit and movements blend them into an anonymous mass.

The audio recordings from shipyard locations have been composed into a musical 7.1 surround soundscape that accompanies all videos. In the background of the soundscape there is a hardly recognizable sound of clock ticking, which can be heard better during the alternating quieter periods. Such countdown of the ″moment of silence″ is heard every time when the scenes of exiting the factories appear in the three synchronous projections.

In 2019, Croatian National Television produced and broadcast an interview with Nadija Mustapić and Toni Meštrović, which was recorded in the 3. Maj shipyard in Rijeka. The interview was an overview of past years of shipyard crisis, till its shutting down in 2019. The authors discussed the process of working on the installation Moment of […]

October, 2016. Nadija Mustapić and Toni Meštrović interviewed for Finnish TV during their exhibition at the Hippolyte Gallery in Helsinki.