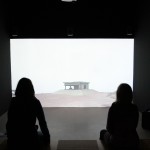 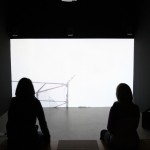 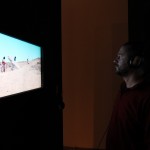 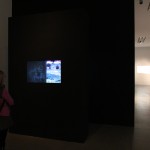 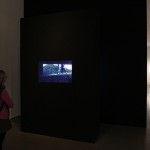 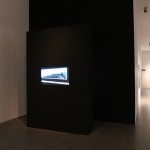 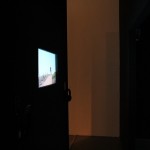 (contact me for passwords to see works on Vimeo)

“I Don’t Know About the Rest of the World, but Here…” is presented as a triptych.

It is a piece about the historic necessity of empires to define themselves in opposition to an external threat and the inevitable autoimmunitary destruction that threatens them from within.. Nowadays, the threat of the “external enemy” is no longer seen in the attack expected on the borders, fortifications, bunkers, observation posts, standing beside technologically advanced state of the art weapons. Such logistics and the mechanisms supporting them have with time established political positions that resulted with terrorism and culture of fear of “the enemy among us”. Today, the terms of freedom and safety are being globally re-defined, exploiting our fears in a manner similar to that of terrorism.

While showing footage of landscapes that contain a history of defence filled with fortifications and today used for leisure by weekend hikers and joggers, the work explores the disconnects between layers of landscape as a social construct. However, while the very representations of nature and people in it speak of the history or the present context of a location, the juxtaposed soundscapes represent a subversion of what is visible and pose questions about the future. In those soundscapes, voices of children keep repeating safety instructions and strategies in English language, in a way that echoes discourses on freedom which are beyond the American “code orange” rhetoric and deeply imbedded into universal quotidian discourses globally.

“The author uses scenes of the historical remains of the defence architecture to speak not only of the history of the place and the history of warfare but also of the recent culture of fear and warfare and defence models, through the relationship of the natural and constructed military landscape. In the words of Nadija Mustapić “it is a disconnect between the consuming of a leisure/hiking/wellness landscape and its military history. Today I cannot stop thinking that these hikers in this particular landscape with bunkers are an inverted version of the actual situation of migrants scattered across landscapes in search of shelter“.” (Branka Benčić, from catalogue text)

I Don’t Know About The Rest Of The World, But Here… (Waldinger Gallery)