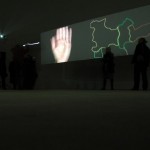 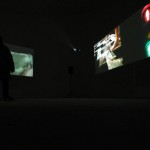 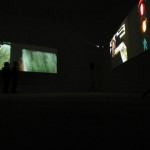 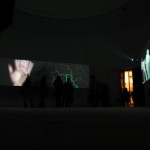 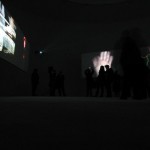 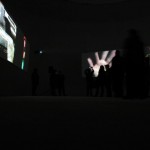 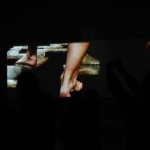 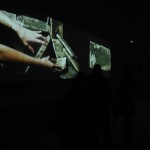 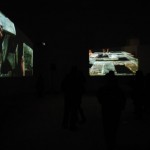 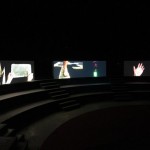 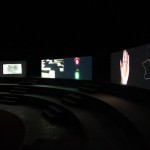 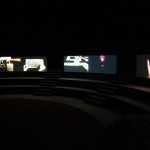 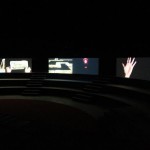 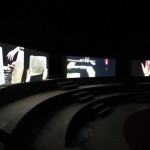 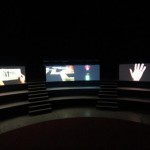 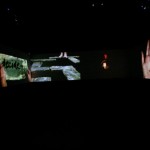 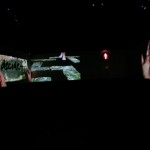 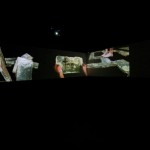 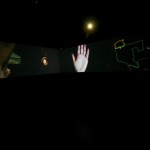 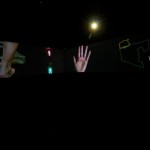 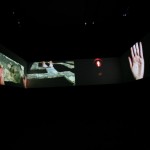 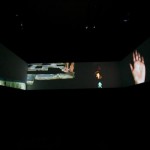 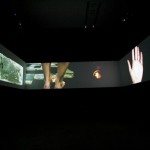 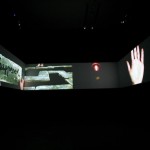 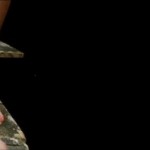 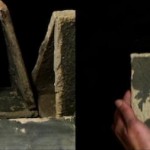 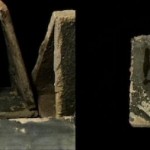 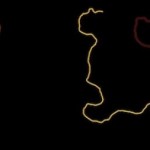 Description:
A a three-channel video installation, «Different Beginnings» utilizes the form of video poetry, to recount a story about moments in which the course of life undergoes a huge leap, when the accelerated processes of deconstruction and construction get intertwined in search for a new self. The brief charismatic charge and the longer-term relativity of the process and the aftermath of life-scale decision-making in the end do not differ …

Branko Franceschi: (from catalogue preface for solo exhibition at The Barrel Gallery, The Home of HDLU, Zagreb, Croatia)
“Even though the inspiration was instilled in personal life experiences of the authors – both have lived abroad before returning to their home town – its realization is far removed from the linear narration of specific lived situations and events, and is geared towards a detection of more general, symbolic aspects of existence in the psychological gap marked by the experience of having changed a city or a country or entire value systems of living and working. The visual and atmospheric conviction constitutes the strength of the „Different Beginnings“ and of the measures of intensity by which the authors experience their process of return. Contrary to today’s acquired documentary discourse often times used to elaborate fields of personal experience in the contemporary media, these two authors consciously use a seldom utilized art form in Croatia – video poetry – in which visual elements and potentials of multimedia, through different levels and different combinations of representations, elaborate a text and/or a story, which is a delivered as an audio backdrop and an integral part of the installation. As it is always the case with good poetry, „Different Beginnings“ employs a fluent rhythm to create resonance between otherwise unrelated scenes by constructing layers of meaning which are left open for individual interpretation and judgement. The ambition of expressing emotions, thoughts and psychological states of the authors without employing linear narration about a specific social cause for this piece, makes this show an unexpected and welcome diversion in the recent Croatian video production. The marker of focus has shifted from a didactic, often politicized discourse of contextualizing artistic production, onto more complex and undetermined domains of lyric presentation of subjective experience, which does not pretend to change the world, but for a change, wants to establish an emotional relationship with the public.”

Technical specifications:
Three videos are projected onto three floating screens in dark space.
This installation can be viewed frontally or can be set up to circumscribe the installation space. In the latter version, the viewer is placed in the center of the piece and has to turn around themselves to perceive all three looped projections simultaneously. In any set up version it is important to achieve a strong physical presence and a physical relationship with the viewer.
Optimal presentation is in a bigger gallery space (black box) and shown on larger screens, projected off three projectors. The space has to be big enough for installing three screens of minimum width 400cm. Videos are best shown in full HD format (played of three computers connected to projectors with full HD resolution). Projectors are hung from ceiling or mounted on walls, they must have vertical and horizontal lens shift, wide-angle 1,2:1 or 0,8:1 optics, and minimum 3500 ansi lumen and all three must be same brand and type. Additional equipment: four active speakers (if passive, then with surround amplifier), DVD player. The looped sound is in a separate channel and is heard from four speakers.
Each video image is 32:9 (consisting of two 16:9 images – two videos shown in a diptych). The screens have 32:9 ratio. The projection itself is in 16:9 ratio, so to view only the 32:9 image on it, the black imageless part of the image should be masked out.

Every House is an Island (GREY) (AREA, Korčula)